You are on secondary menu. Skip to article content

Recent studies show what some may have already guessed: media exposure on violent or traumatic events such as mass murders may result in negative mental health outcomes. As instances of mass murders increase in the United States (2), so too does media coverage and the likelihood that continued viewing could lead to symptoms such as anxiety, acute stress, and posttraumatic stress disorder (PTSD) (3, 5).

The government defines mass murder as “3 or more killings in a single incident” in a public place (19). The United States has experienced a dramatic increase in mass murder occurrences in recent years. From 1982 to 2011, there was an average of one mass murder every 172 days. In 2011, that average decreased to one mass murder every 64 days (7). During the first half of 2022, there were eight mass murders and 56 fatalities (16). 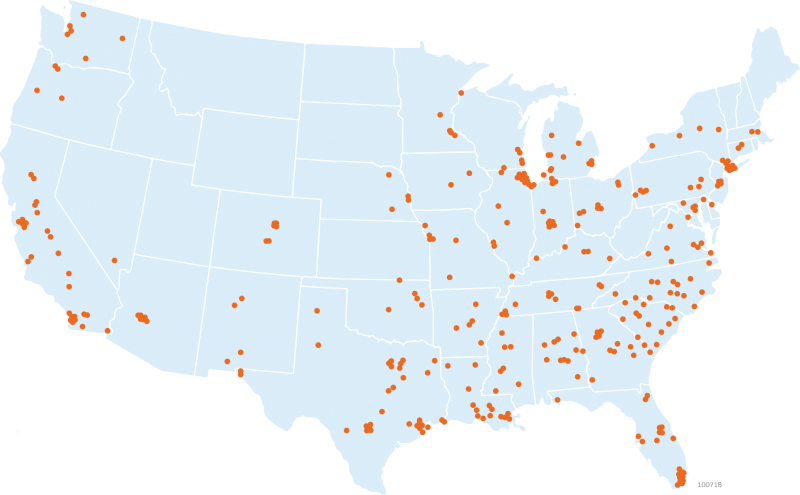 The sensationalism of mass shooting events combined with a 24-hour news cycle and social media results in extensive and pervasive coverage of graphic content. The New York times featured each of the past 10 deadliest mass shootings on its front page for an entire week, and the lethality or shock value of the tragedy can extend the coverage of the event (8). For example, the top three news networks ran 140 news segments after the Las Vegas massacre, and the 1999 Columbine shooting garnered a larger media audience than “both the 1992 and 1996 presidential elections, the Rodney King verdict and LA riots, the Iraqi invasion of Kuwait, and the deaths of Princess Diana and Mother Teresa” (22, 14).

News outlets use criteria such as total fatalities, if the site of the incident was a “safe” space such as a mall or school, and unique characteristics of the shooting to determine which events to cover (5). The use of these criteria results in public exposure to the most violent and fear-inducing events.

Media coverage of mass shootings and other exceptionally violent events not only incite fear, but at times perpetuate further violence. The near constant airing of violent and graphic images, the multiple mentions of the shooter’s name, and other repeated details of the event such as the weapon used can lead to copycat or similar incidents within the first 14 days after the original event. This phenomenon of an increased likelihood of mass killings and/or suicides after media coverage of a mass shooting is known as the contagion effect (17). After media coverage of a mass shooting, studies have found an average of three mass shootings occur within the following two weeks (13). To think of it another way, that is “58% of all mass shootings in the United States” (13). As the victim count increases, so too does fear and anxiety in the community.

Exposure Effects on the Individual

While violent and other traumatic events have a direct impact on the survivors and surrounding community, they can also affect those viewing the media coverage. The American Psychological Association’s (APA’s) 2019 “Stress in America” annual survey found that one in three adults are staying home for fear of mass shootings and being in public places such as malls, schools, and movie theaters (3). 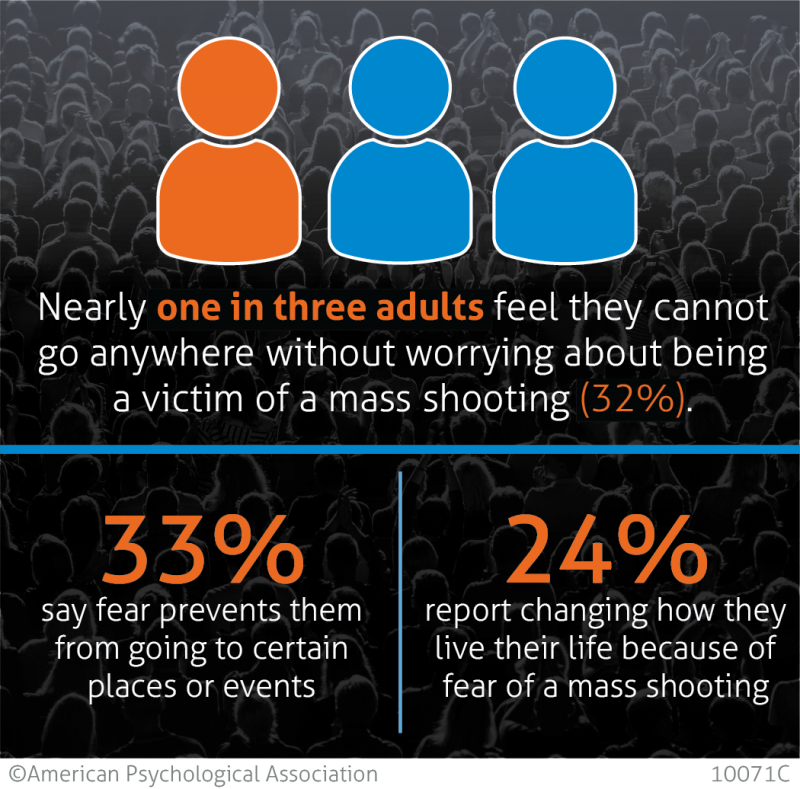 n addition to the development of avoidant behaviors, there is also a link between exposure to real, traumatic events and anxiety, acute stress, and PTSD. Consider the following research studies:

When individuals have acute stress or anxiety after exposure to traumatic images, what they experience often goes beyond mental symptoms such as feelings of fear, panic, and impending doom. There is a physical component to the anxiety with symptoms ranging from difficulty sleeping, sweating, and feeling week to gastrointestinal problems, shortness of breath, and even heart palpitations (4). Given the mental and physical effects of anxiety in response to viewing traumatic images, it would reason that people would purposefully avoid any media of mass violent events, but the opposite often occurs. While repeated exposure to these events proves most harmful, oftentimes individuals will continue viewing this content as a means of reducing their stress and anxiety.

In the aftermath of these events, people often seek out information to make sense of what happened and to allay their fears by attempting to exert control over their situation (6). This information-seeking strategy often works in other situations, however, in the case of violent or traumatic events, the information gained does not alleviate uncertainty or fear, as often the information contains graphic images or upsetting content. This then can lead to additional information seeking, renewed fear, and the development of a “cycle of distress” (26). The use of social media for real-time updates during times of crisis can also exacerbate the cycle.

Social media platforms can provide the public with breaking news, which is often unfiltered. Access to this content may result in users engaging in “doomscrolling” during times of prolonged negative news events. Doomscrolling refers to “media use typically characterized as individuals persistently scrolling through their social media newsfeeds with an obsessive focus on distressing, depressing, or otherwise negative information” (22). According to a recent survey on the consumption of pandemic-related news, those who spent more time viewing it than others also reported “higher levels of anxiety, distress, stress, and depression” (6).

While repeated media exposure to violent and traumatic events can have negative mental health outcomes on all populations, research shows there are groups more likely to experience stress over the possibility of mass shootings (3).

Most Stressed by Possibility of Mass Shootings:

Coping with the impact of mass violence while also wanting to stay informed is a daunting task. The following suggested practices can ease the fear felt by these events and prevent a cycle of distress or doomscrolling.

Magellan has effective and innovative solutions federal employees and military members can utilize to cope with exposure to mass shootings and other traumatic events.

Jenna Berkwit is a Senior Quality Improvement Manager on Magellan Federal’s Military Family Life Counseling program. She received a bachelor’s degree in Communication from Western Illinois University and has more than 15 years’ experience in quality improvement with the past nine in the healthcare field.

She is an ISO 9001 Certified Internal Auditor and an active member in the American Society for Quality (ASQ).